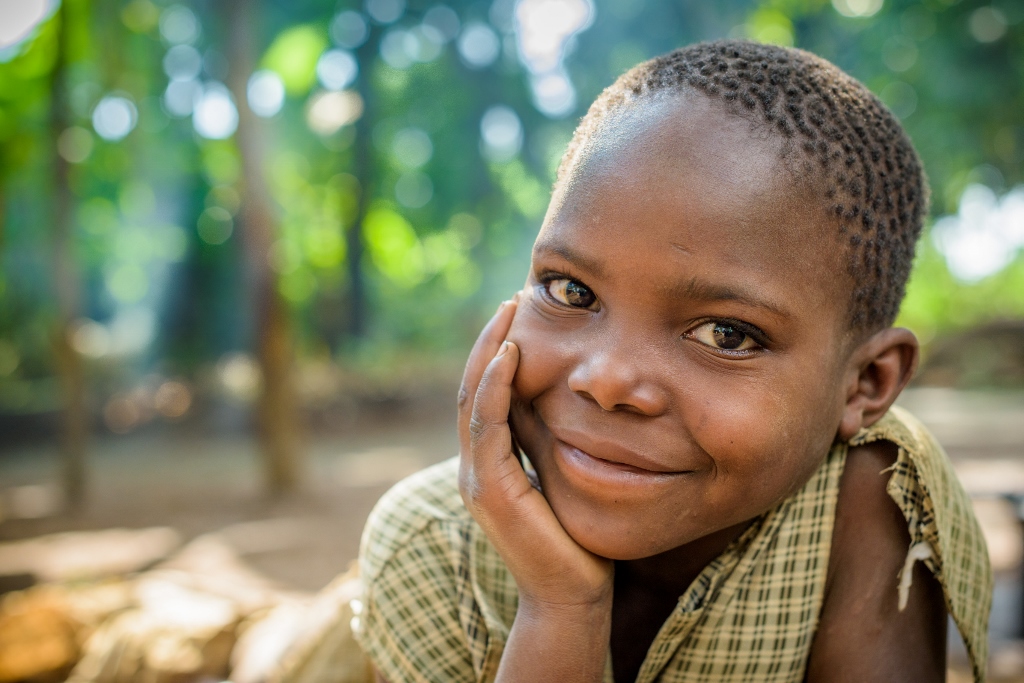 I vaguely remember the rise of HIV/AIDS in the 1980s.  I can recall hearing stories of disease and death, but not really understanding what that meant—the devastation this horrible disease was causing families and communities.  I don’t think the disease became even a little bit real to me until I saw the television movie “The Ryan White Story” in 1989, which told the story of a boy with hemophilia who contracted HIV and had to fight through stigma and stereotypes in his Indiana community.

But that story was a microcosm of the epidemic, particularly when looking at the destruction HIV/AIDS caused in Africa.  HIV/AIDS wreaked havoc, particularly in impoverished communities that lacked health care.  Millions died, communities faced funeral after funeral – and millions of children were left behind. Elizabeth (pictured above) is one of these children. She sometimes lives under the shelter of a woman named Josephine, who additionally cares for her grandchildren—also orphaned by AIDS. At times there are not enough resources or food for all of the children to attend school, visit the doctor, or even stay in the house.

When the President’s Emergency Plan for AIDS Relief, or PEPFAR, was started in 2003, it turned the tide on HIV/AIDS treatment and prevention.  Millions are living with this disease instead of dying because this program has delivered life-saving medicines to those who need it and has worked to prevent new HIV infections.  But PEPFAR also recognizes the needs of children. Ten percent of its funding is mandated by Congress to be set aside to address the needs of orphans and vulnerable children (OVC), funding advocated for by World Vision and our partners in 2003.

But even with this dedicated funding, the impact of HIV/AIDS on children is often overlooked.  According to UNAIDS, 2.6 million children younger than 15 years of age are living with HIV, yet only 32% are accessing needed treatment.  Over 13.4 million children are living without one or both parents due to AIDS.  As parents and family members become ill, children take on more responsibility to earn an income, produce food, and care for family members. In a 2015 report, AVERT, an organization working on HIV/AIDS prevention, noted that “more children have been orphaned by AIDS in Africa than anywhere else. Many children are now raised by their extended families and some are even left on their own in child-headed households.”  These children are vulnerable to violence, abuse, exploitation, and neglect and are also more likely to engage in unsafe behaviors – increasing the risk of HIV infection.

PEPFAR’s OVC funding provides needed support for these children and their families; 95 percent of OVC are cared for by family members or neighbors and households are often impoverished or overextended.  It ensures they have economic and social support so that children are fed, clothed, protected and in school.  It strengthens family and community structures to provide support services for children and their caregivers. PEPFAR recognizes that many situations are similar to Elizabeth’s and works with communities and governments to ensure well-being.

On this World AIDS Day, we celebrate how PEPFAR is supporting children – whether they have been orphaned by AIDS or are vulnerable to the impact this disease has had on their communities – and we dream of a future for them free of this disease. As a community, we urge Congress to continue to recognize the great value of this small 10 percent.

Photo: Orphan Elizabeth, 8, was taken in by Josephine Bingi, 63, who lives in Hoima, Uganda with her grandchildren, whose mothers died of HIV/AIDs. © 2016 World Vision/photo by Jon Warren