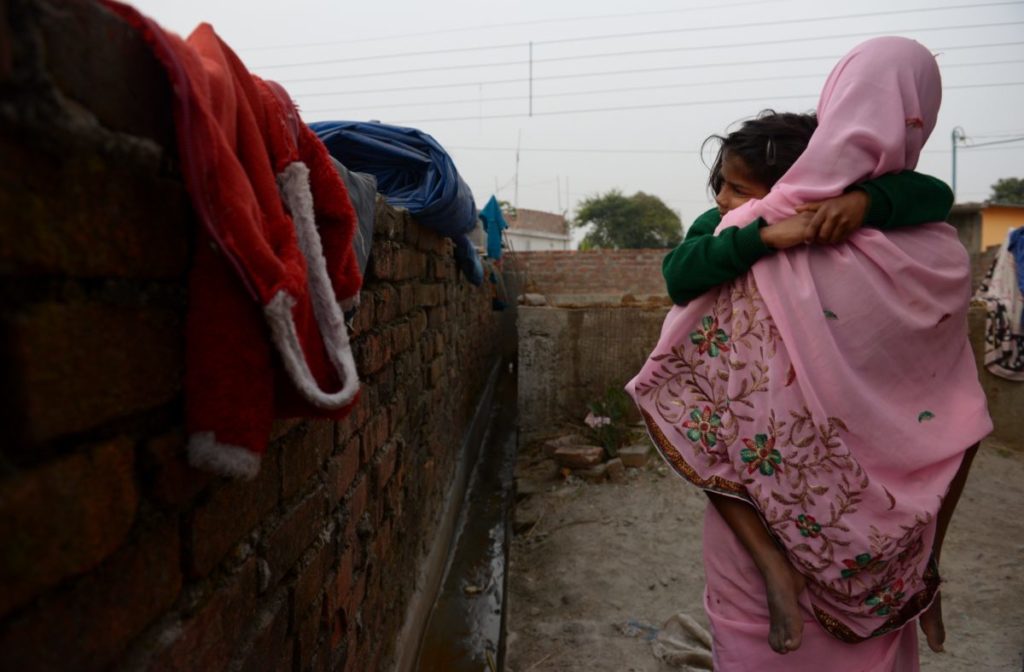 This is part four of a four-part series taking a deeper dive into child protection efforts in India. A group of concerned volunteers known as the child protection unit works together to protect children from child labor, child marriage, and child trafficking through education.

Completing their check-up of Reshma, child protection unit members Sandeep and Santosh depart for their last rounds for the day. Parting to cover more ground, Santosh joins Hina, another child protection unit (CPU) member, in conducting an awareness program for the community children on basic child rights and child protection issues, while Sandeep journeys to a different community a few kilometers away, where the family of a missing child lives.

Recently moved in the locality, 6-year-old Disha’s family had already trained her to reach school, which was very close to their home. It was just like any other day. Disha, following her daily routine, left in the morning for school. But her tiny feet didn’t make it to the school gates. Like a fog, Disha vanished in the morning wave of the city’s hustle and bustle.

“I remember that day clearly. The school informed me that Disha hadn’t reached [the school]. A state of panic gripped me. ‘Where could she have gone?’ I thought to myself. I took my cycle and rode out in a haste trying to trace her footsteps within the neighborhood. She was nowhere to be found,” says Dharmender*, Disha’s father.

Dharmender sought the help of a neighbor, Arjun, and relatives to widen the search for his precious daughter.

“I was worried about her safety, and as time went by, the hope of ever finding her faded away. For a mother, it is the worst possible feeling,” says Kamla Devi*, Disha’s mother.

Arjun inquired at shops where Disha was last seen, while their search for her went to other communities. One tool used was the child line number. By calling this number network of people are activated to spread the news of a missing child.

“When one of the shopkeepers heard about our struggle, he introduced us to a child protection unit member from his colony named Sandeep. Sandeep called the child line number and informed them about Disha. He also asked us to take the help of mobile announcement platforms to spread the word about the missing Disha. We had one picture of the child, which Sandeep posted on his Facebook wall, urgently appealing people to join the quest for finding Disha by sharing the post with their friends. He urged people to call the police or my contact number in case anyone found the child,” says Arjun.

A police constable doing his rounds in Khalpara area stumbled upon Sandeep’s Facebook post on his phone. Khalpara in Siliguri is not only a hub for commercial sex work but now is also considered a major center for trafficking children.

Children between 6 and 9 years are taken from Khalpara and sold to different brothels in major Indian cities.

“The constable was on one of my friends’ friends’ list, and after seeing the post he happened to catch a glimpse of a child matching the same description as in the photo. She was with a man. When the constable approached the two, the man left the girl and ran. Arjun called me immediately when the child was brought to the Khalpara police station,” says Sandeep.

After a grueling 13-hour ordeal, Disha was finally found and brought to the police station.

“It was a most exciting moment to see my daughter sitting in the station,” says Dharmender. “I took her in my arms, she was crying, and looking at her, my eyes started tearing up. She was safe and finally with me. After finishing all the formalities, it was around 11 at night. The greatest help that we received was the Facebook post asking people to join the search for our missing child. If that post hadn’t gone up, then the search for our daughter would have been a very difficult task. We could trace our child just because of the Facebook post,” says Dharmender.

Keeping a close vigil on the danger lurking around, the members of the child protection unit wear their armor of vigilance each day, ready to confront this devil head on.

“Our child protection unit acts as guardian of the community, whenever an act that threatens the rights of a child happens in the community, the children’s club and CPU members get to know about it. We discuss the matter and take appropriate action. Before joining the CPU, I thought only about my well-being, but now my mind is conditioned to think about the well-being of my community,” says 14-year-old Hina, a CPU member.