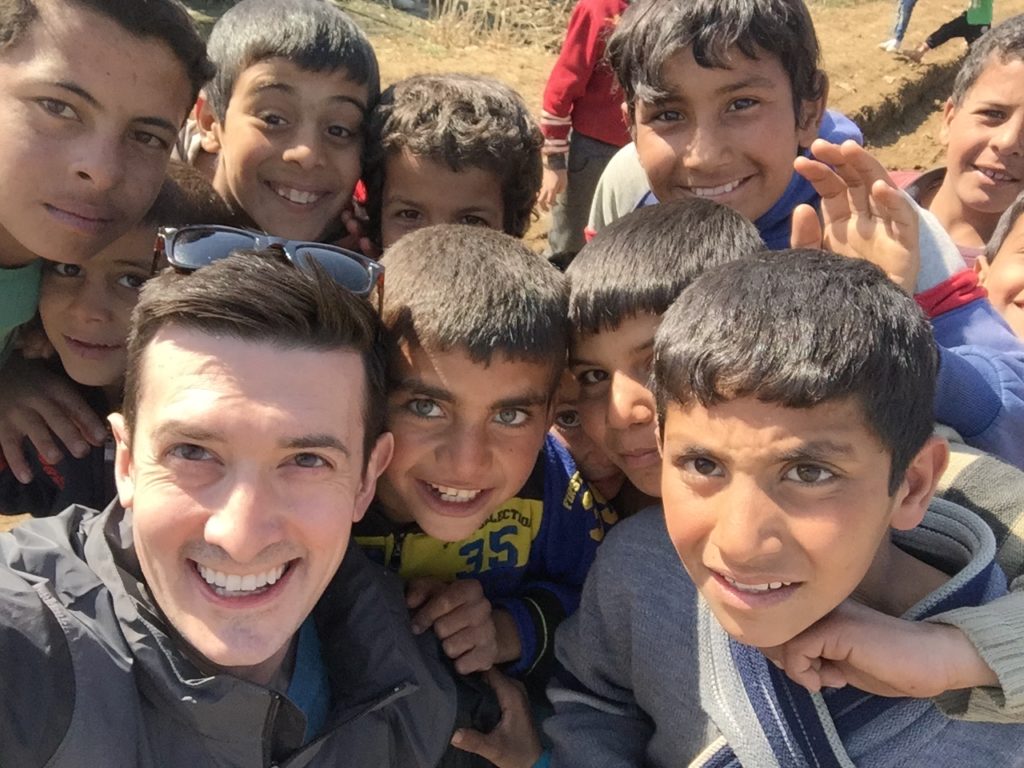 For part two of our five-part Advent series, Pastor Jon Odom reflects on the second candle of Advent: the candle of preparation. Using examples from his recent trip to Lebanon, he shines a light on what it means to prepare for the work that God has called us to.

It was an unwanted trip at an unwelcome time. She was pregnant and due any day. He was a young dad-to-be, stressed out with the task of finding a safe, clean place for his wife to rest and to give birth to their child, who just so happened to be the Messiah of Israel and the incarnate Son of God.

That’s how it goes when you are engaged to the theotokos, the “God-bearer,” the one to whom the angel Gabriel promised:

“You will conceive and give birth to a son, and you are to call him Jesus. He will be great and will be called the Son of the Most High. The Lord God will give him the throne of his father David, and he will reign over Jacob’s descendants forever; his kingdom will never end” (Luke 1:31-33, NIV).

It was only fitting that the Son of David would be born in the hometown of David. Though they weren’t prepared for Bethlehem, Bethlehem had long been prepared for them.

In some traditions, the second candle of Advent is called the Bethlehem Candle. It’s the candle of preparation. Others call the second candle the candle of love. In the grand narrative of Scripture, we see clearly how the Father had so lovingly prepared his people for the arrival of his Son to fulfill the promises to the Patriarchs and the Prophets. The Son was uniquely anointed to “proclaim good news to the poor… to bind up the brokenhearted, to proclaim freedom for the captives and release from darkness for the prisoners” (Isaiah 61:1, NIV).

How lovely and humbling — how consistent with the character and teaching of Christ — that the Father would choose a historically unremarkable young couple in a historically insignificant town to bear the One through whom he would bless the nations and renew all things.

And the God who lovingly prepared for His coming made plans for us as well.

God destined us to be his adopted children through Jesus Christ because of his love. This was according to his goodwill and plan and to honor his glorious grace that he has given to us freely through the Son whom he loves (Ephesians 1:5-6, CEB).

God was preparing for our adoption through Jesus Christ. Yes! This is indeed glorious grace. But it’s not just one salvific moment that was prepared for us; it was a lifelong adventure of learning the family business. We’re invited to do just what Jesus said: “Whatever the Father does, the Son also does” (John 5:19b, NIV).

Earlier this year, I sat on the ground in a tent belonging to a historically unremarkable young couple from a historically insignificant town. They too had made an unwanted trip at an unwelcome time. She was a mother-to-be, six months along in her pregnancy and he was a nervous dad-in-waiting, frantically searching for care for his wife and lodging for their new family. Their trip was not about a national census; they had fled their home in Syria under threat of constant violence. Through an interpreter, I listened to the story of their journey from their home outside Aleppo, Syria to an informal tent settlement in the Bakka Valley in Eastern Lebanon. They lost the baby in transit and had no timeline for a home-going.

After our half hour together, I left the tent settlement, hopped into our air-conditioned bus and headed back to our hotel. Days later, I boarded a plane and returned to life as normal in middle America. In the weeks and months that followed I asked myself, “What am I to do with the experiences I’ve had and the stories I’ve heard?” And I felt an inner compulsion to join the work of the family business — to speak up for the poor, to pray for the brokenhearted, to labor for the liberty of captives and illumination for those who live in darkness.

When we advocate for the most vulnerable, we are joining in on the family business. And we joyfully — and at times painfully — discover that this is the very work “which God prepared in advance for us to do” (Ephesians 2:10b, NIV).

Father, thank you for so lovingly preparing us to receive the glorious grace of Jesus Christ. By your Holy Spirit, give us the courage to walk with him into the darkest places of the world and to do the work the Father prepared for us, as we await his glorious return to renew and restore all things. Amen.

Jon Odom is a friend of World Vision and the pastor of Cornerstone Church, a satellite congregation of Asbury United Methodist Church in Tulsa, Oklahoma.