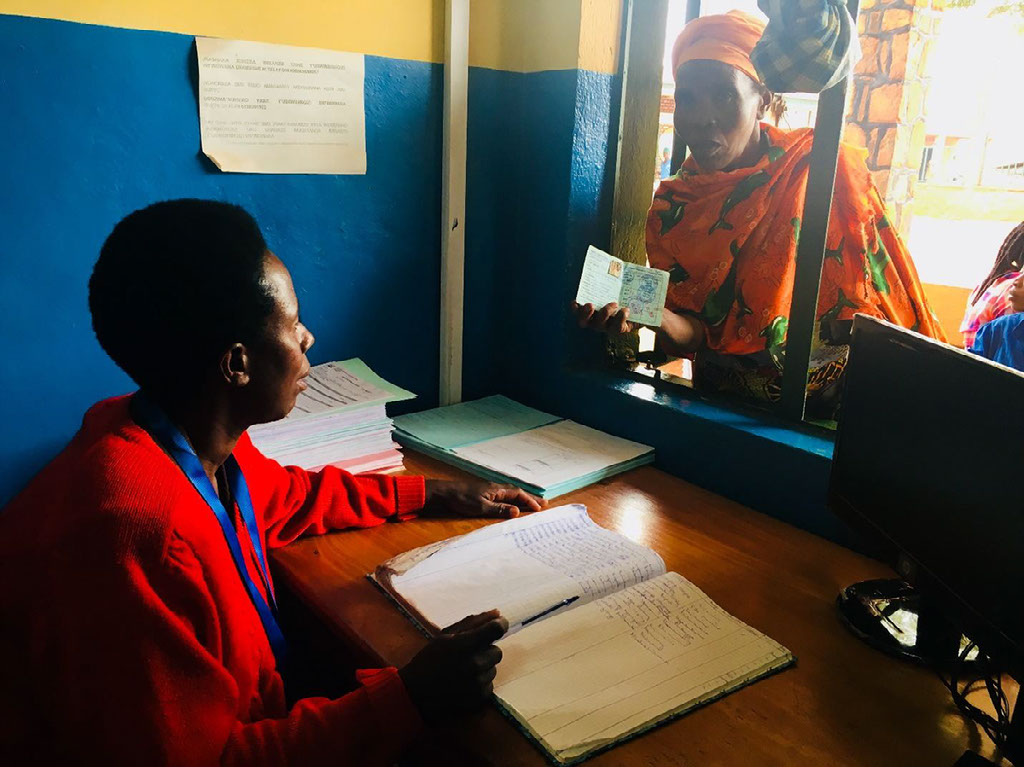 For decades, World Vision has partnered with the United States Agency for International Development (USAID) to implement lifesaving development projects around the world. In this blog series, we’re looking at the success stories of USAID’s 2018 report, Acting on the Call, which describes the amazing progress in newborn and child survival in just the last few years. Read the introduction to the series here.

Raissa Iradukunda has two children and lives near Remera-Rukoma hospital in Rwanda about one hour from Kigali. She and her family are covered under Rwanda’s community-based health insurance program (CBHI), known locally as Mutuelle de Santé.

“We are farmers,” she explains, “but we can afford to pay the required 3000 Rwf per year because we know that Mutuelle de Sante has enabled us to access health care even in situations where we did not have enough money for some services.”

What is community-based health insurance?

Community-based health insurance (or CBHI) improves people’s access to services by removing the financial hardship of medical costs. It also promotes a culture of prevention by encouraging people to access preventive health services at no cost. For example, attending antenatal visits early and often helps health workers identify potential issues with pregnancy and counsel women to delivery in facilities with the appropriate level of care, if needed. That reduces the likelihood of costly emergency services and mitigates the risk of poor outcomes for the mother and baby. CBHI is coordinated at the district level — each of Rwanda’s 30 districts has a pooled-risk fund. Membership fees are received at the community level, and the community then reimburses health centers for services rendered.

The membership premiums are income-based, so members pay according to their income. At the Government of Rwanda’s request, USAID designed a database that divides the more than 9 million Rwandan households into six categories based on income and assets. The database then assigns CBHI payments according to need and thereby increases equity in accessing services particularly among the poorest part of the Rwandan population. In category two, Raissa pays 3000 Rwf a year, or the equivalent of $3.45 USD.

Is the CBHI program working?

As 71 percent of the Rwandan population has access to a CBHI scheme, the country’s gap in health service coverage between the rich and poor for all of the pregnancy, birth, and newborn-related services is low. Rwanda is performing better than its neighbors in the Central and East African regions.

For the past 10 years, USAID has provided substantial financial and technical support to the government to maintain the community-based health insurance systems. But now, having built this capacity, they only need to provide targeted technical assistance for complex or unfamiliar issues that arise. The Rwanda Social Security Board (RSSB) effectively oversees ongoing management, such as raising awareness among other government institutions on the financing gap so that the gap can be filled if necessary. RSSB manages the CBHI fund and ensures registration of beneficiaries and disbursement to beneficiaries.

Is this progress sustainable?

When the management of CBHI transitioned from Ministry of Health to the RSSB, people like Raissa worried that their families would not receive the same health benefits. If enrollment rates decreased because of this fear, the CBHI would no longer have been sustainable. But there was actually a 7 percent increase in enrollment, from 76.3 percent in fiscal year 2014/15 to 81.6 percent in 2015/16. This shows that the RSSB is effectively managing the insurance program and meeting the population’s expectations.

CBHI helps improve equity in the health system by enabling people with diverse incomes to access health care without worrying about their financial hardship. And by encouraging access to primary and preventive care, CBHI is helping Rwandans stay healthy and preventing significant future health expenses by the population as well as the government. For Rwanda, this is a major step toward financial protection along the journey to self-reliance!

Tell your member of Congress to oppose any cuts to foreign assistance and USAID: