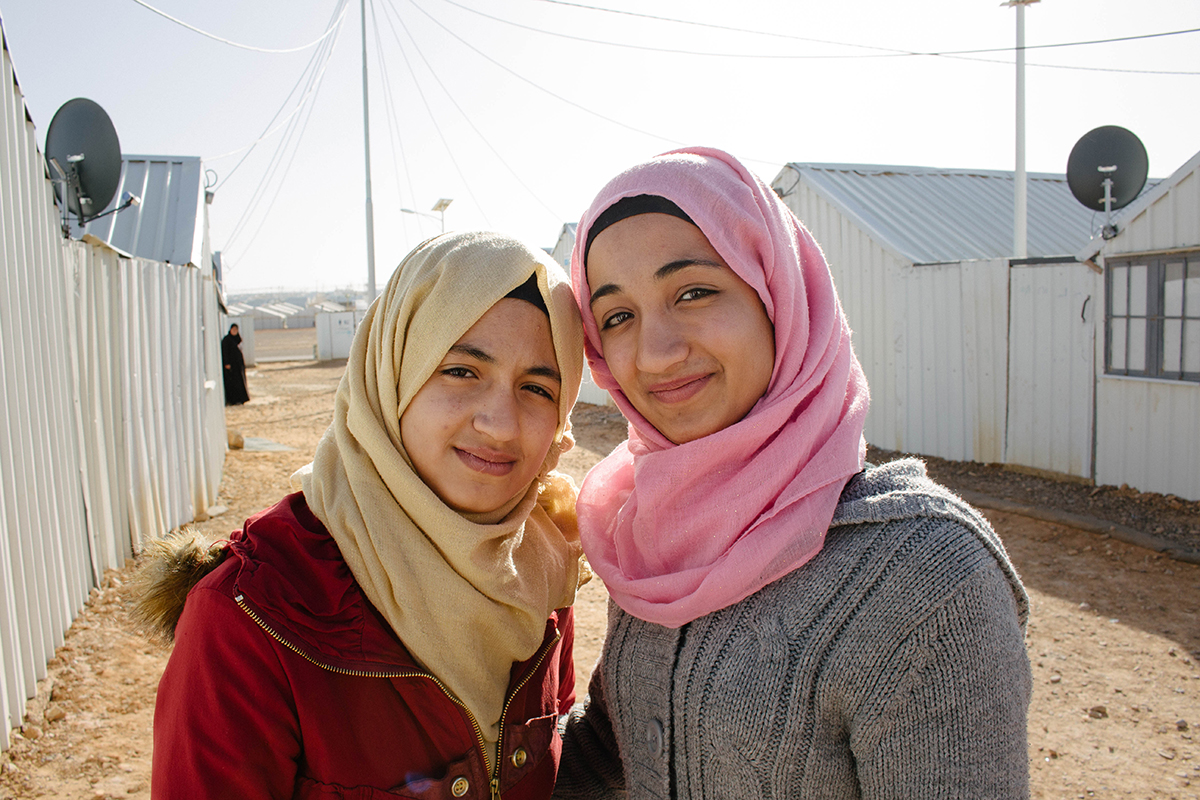 “My biggest fear is the airstrikes,” says Nour. “I remember leaving Syria and they nearly hit us. We moved once, then they hit us again, so we had to leave and come to Jordan.”

“I was happy in Syria,” she says. “I had my friends, my school… life was good. Then the war began and everything changed.”

Syria’s future is still uncertain. But in some of these places where refugees have fled, there’s been increasing pressure on these refugees to return to Syria.

Thanks to stretched resources and a struggling economy, Lebanon’s elections earlier this year featured political rhetoric that pushed for Syrians to return home. As such, the Government of Lebanon has started to pressure the United Nations to provide assistance for that return.

But while there were small numbers of Syrians who chose to go back in 2017,  exponentially more people fled from their homes than returned in Syria That’s a major reflection of the still-unsafe conditions inside Syria. For every one Syrian who returned home in 2017, there were three that were newly displaced. While 66,000 refugees returned to Syria in 2017, Turkish and Jordanian authorities prevented nearly 300,000 people who sought safe haven from entering their countries.

How will we know when it’s safe?

There are actually international laws about the conditions required to legally and ethically promote refugee return. Both in customary international law and in the 1951 UN Refugee Convention, states aren’t allowed to return a refugee to a territory where his or her life or freedom would be threatened. UNHCR has elaborated on that by providing further guidance: The return must be voluntary – not physically, psychologically, or materially pressured or forced – and it must be carried out under conditions of safety and dignity. In February, UNHCR published a two-phase plan that guides their work and establishes standards that must be met before any kind of large-scale return of refugees to Syria. Phase One is pretty simple and ongoing: Right now, conditions are unfit and the UNHCR’s engagement is limited to planning, monitoring, counseling, advocacy, and ongoing analysis of obstacles to and conditions necessary for a return.

Phase Two will occur when those conditions change for the better. More specifically, when these four criteria have been met:

Those protection thresholds are really important. They’re standards that ensure both the protection of human rights and ethical treatment of refugees. They include things like a reduction in hostilities, guarantees of human rights, a formal political agreement, free choice of destination, systems to address housing, land and property issues, finding the families or best interests of unaccompanied or separated children, free access to law enforcement, removal of landmines, unhindered UNHCR access, and more. (For the full list, click here.)

These thresholds are like a roadmap for getting to an environment that allows for safe and dignified returns.

Are refugees currently able to return to Syria in large numbers?

Applying those conditions and thresholds, the conditions in Syria are NOT yet fit for safe and dignified returns for refugees. There are ongoing violence and explosive remnants of war in many regions of Syria. There is widespread damage to civilian infrastructure, to services like water, sanitation, and hygiene facilities; hospitals and healthcare; and schools and education. There are few employment opportunities and functional markets to help families feed and support themselves. Syria is not yet safe for refugee returns.

How is World Vision responding?

World Vision has teams on the ground in Lebanon, Jordan and inside Syria to ensure that children are safe and protected.  We see the needs of refugees every day, and we see the dreams of children slowly slip away as the war continues through its eighth year. We long to see the day when children return to their homes, neighborhoods, and friends.  But we know for certain that across Syria the conditions for a safe return home just do not exist.  And families should not be “forced” back to a place that is still too dangerous to live. We are especially concerned about the refugee children – children who have already seen far too much violence and bloodshed.  These children need special protection.  They need to be assured that the conditions they are returning to are better than the ones they are in now and free of unexploded remnants of war.  They need things like simple birth certificates showing that they are Syrian citizens, even if they were born in another country while they were refugees. They will need continued psychosocial services to help them readjust to a home which no longer looks or feels like the home they left and to continue recovering from the trauma they might have experienced. They will need community infrastructure that includes education, protection, and parent and caregiver support.  If these children are forced back now, before these conditions are met, they may well be moving from the “frying pan” of a refugee camp to the “fire” of an unstable, dangerous, and war-torn Syria.

As Nour’s older sister Ghina says, “We dream to able to continue to dream.” Children like Nour and Ghina should be able to live life in all its fullness. In short, every child displaced by this crisis deserves a bright future and a safe and dignified return to Syria.