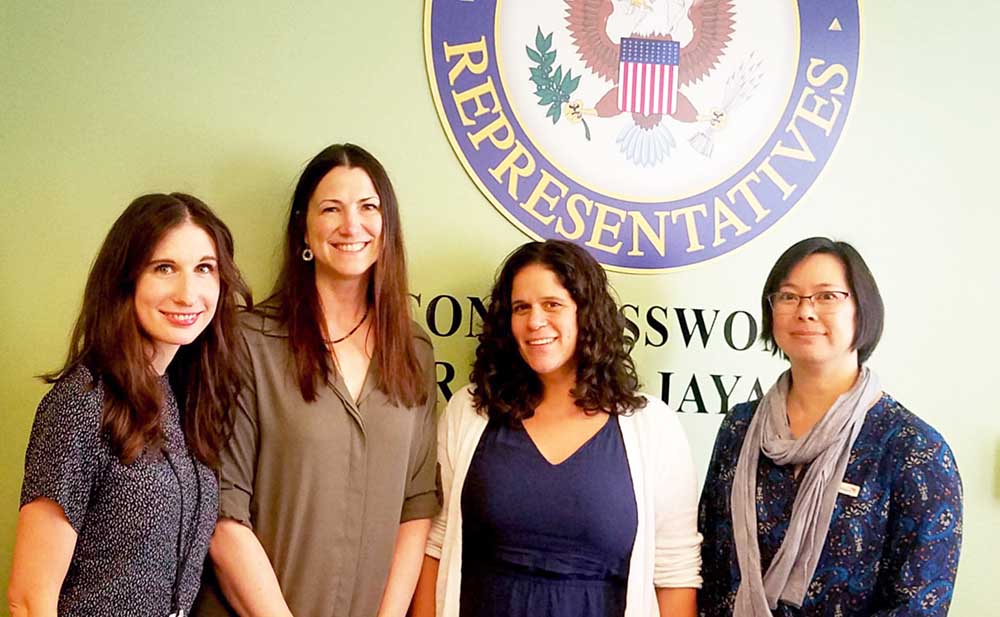 “And the cream of the crop was his closing statement, where [Representative Higgins] talked about his faith and said that he believes in redemption and that redemption takes a long time. He encouraged people to not give up hope and to not worry if the country’s not perfect, but to keep walking the journey toward redemption.”

— Emily Smith, Volunteer Advocate, after meeting her representative at a town hall

September is here already! Before we rush back to school and into whatever the fall holds for us (school buses, falling leaves, sweaters!), let’s take a moment to appreciate the work God helped us do in August.

In August, an unexpected, last-minute attempt to cut already-approved foreign aid funds led to a concentrated push from advocates to protect it.

On August 3, the already-approved funds for foreign aid in fiscal years 2018 and 2019 faced an unexpected threat: a planned rescission package. (See our full report on the situation here.) The rescission package would have affected up to $4 billion dollars in already-approved foreign aid funds supporting programs that fight the root causes of poverty all over the world.

But World Vision advocates were quick to take action! In response to the planned rescission package:

And it worked! On August 22, we heard that the White House decided NOT to move forward with cutting foreign aid through a rescission package. Thank you to everyone who took action! Send a thank-you to Congress for taking action against the cuts.

Volunteer Advocates meet with their members of Congress

For members of the Volunteer Advocate Community, August means scheduling meetings with their representatives while they’re home for a district work period. The Community scheduled an impressive 15 meetings this August, including:

Every meeting was a chance for World Vision Volunteer Advocates to support, encourage, and pray for their representative and their staff and respectfully encourage them to make compassionate decisions that help people in poverty around the world.

August was a whirlwind of action and results — thank you, Lord, for blessing our efforts!

Successes in August have us excited for September. Here’s what’s on the docket:

Thank you so much for using your voice to stand up for programs and policies that help people lift themselves out of poverty. Onward to September and continued action!

Fill out the form below and we’ll get in touch with more information!