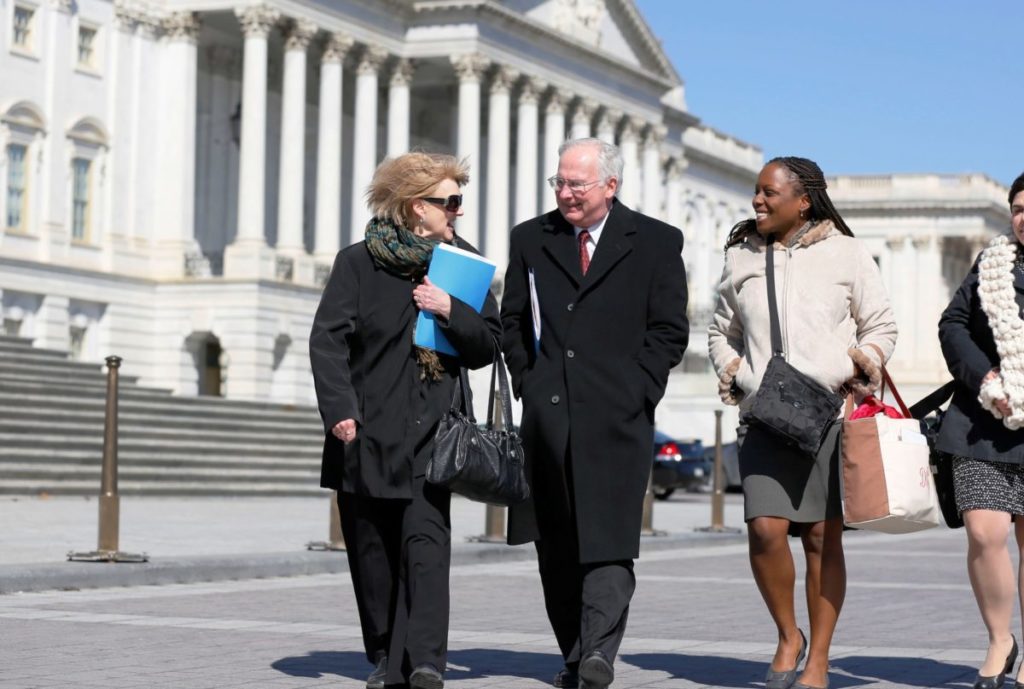 “Do you mean, like filtered water?” That question came from the bank teller standing in front of me a few days ago. She had asked me if I’d traveled anywhere recently. I told her my wife and I had attended a clean water conference in Washington D.C. I knew she was thinking about the chemical free water that trickles out when Americans screw filters onto their home’s water faucets. I told her, “No! I’m talking about the clean water that comes out of a well in the ground in the middle of Africa. Water that’s unlike the muddy ponds with cattle standing in them that desperately thirsty people sometimes have to use.”

We felt privileged to be invited to World Vision’s H2O:DC conference March 12-13. On the first day of the conference, we felt like we were drinking from a fire hose of images and data as speakers shared what it is like to live without clean water and sanitation. We heard about the far-reaching implications, from maternal and child health to nutrition.

It was overwhelming to see what so many people experience globally. I watched the most moving video I’ve ever seen, and I’ve seen hundreds, showing what life is like without clean water. I tried my best to not break down and weep. I didn’t dare sneak a look at Carrie, my wife, because I knew she was also being impacted by the message. It was a powerful day.

On the second day, we joined new friends Christina and Deirdre to form one of over 30 groups meeting with Congressional staffers to explain the importance of the Water for the World Act, and why we cannot let it languish in the House of Representatives. After two meetings we joined others to attend a White House briefing with Melissa Rogers, Special Assistant to the President and Executive Director of the White House Office of Faith-based and Neighborhood Partnerships. We topped off the day with a Jars of Clay concert, and a time of celebrating successes, at the Hard Rock Café.

On our way home our minds carried the indelible image of women walking for miles, often at great risk, and dipping 20-liter cans and buckets into filthy, infested water sources. We also were excited to have played a small part in communicating an important message during our day on Capitol Hill.

Once home, I knew that there were many people in our church who would gladly urge their Congressional representatives to act if they knew what we now knew, and understood the desperate need for clean water faced by about 750 million people globally. I asked our Church Board for permission for Carrie and I to convey the need on a Sunday morning and challenge our people to urge their representatives to support the Water for the World Act. Our board’s support was very important since we’ve rarely involved our people in supporting legislation. This was a new step for us, but we felt it was critical to encourage our nation’s leaders to consider the most in need when making decisions about legislation.

The next Sunday morning we showed some carefully selected images, including cattle standing in a pond while a woman filled her water can for her family. We had inserted carefully worded postcards in our Sunday bulletins urging our Representatives to support the Water for the World Act. We asked people to sign these postcards and place them in a box in the lobby. At the end of the morning, there were hundreds of postcards in the box. We were so excited to deliver these postcards!

I marvel at how God touched our hearts in ways we couldn’t imagine and used us to touch the hearts of others for this important effort.

Dave Erickson is a pastor in Puyallup, WA. He and his wife, Carrie, attended H2O:DC this past March. Their goal: to see fewer children die from water-related diseases.