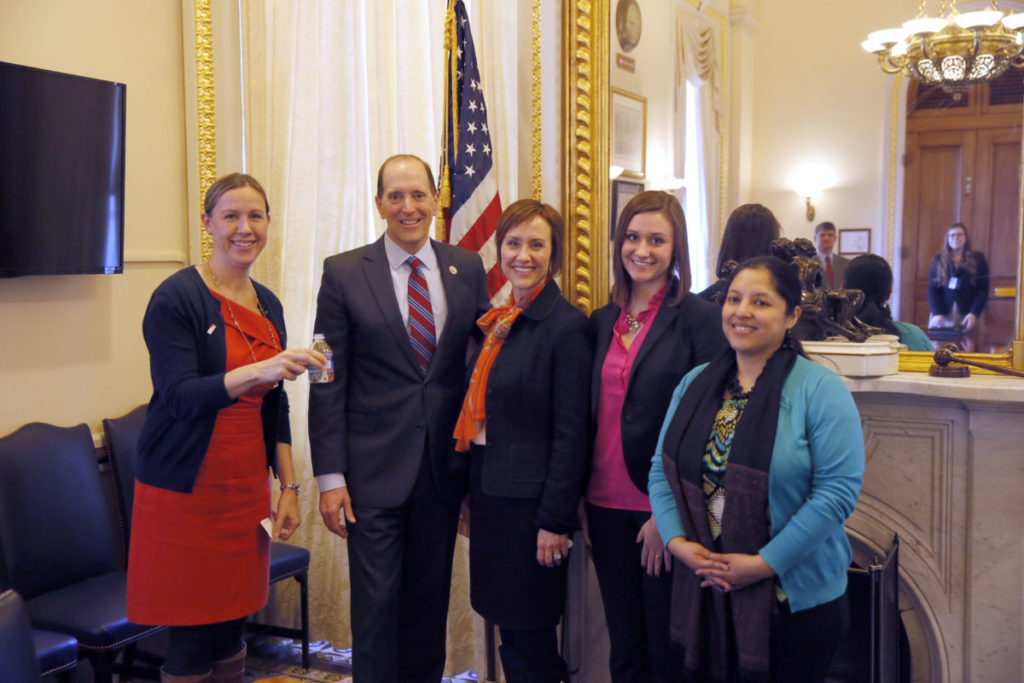 Lisa Bos, World Vision’s senior policy adviser for health, education, and water, sanitation, and hygiene (WASH), has been working on the other side of the Water for the World Act for the past three years– on Capitol Hill, in the halls of Congress. She knows everything that has gone into passing this bill and even helped draft the legislation. She wants to send her thanks to all the advocates who helped make the Water for the World Act a reality.

“Laws are like sausages. It’s better not to see them being made.”
Otto von Bismarck, German Prussian politician (1815 – 1898)

So we did it. It was messy, it got complicated, but the Water for the World Act is becoming law, and it is because of advocates like you.

You may not know the behind the scenes details – the conversations, the cajoling, the issues that almost derailed the bill – and maybe Otto Von Bismarck was right, it is better not to see them.

I know it’s not always easy for you to stick with us. I’ve been working on Water for the World for three years. Sometimes it was hard to keep pushing forward. Over the last 18 months, you pushed forward with us and it made all the difference. Seeing your passion, commitment and willingness to take time to write the emails and make the calls was a constant inspiration. It wasn’t always easy to be patient when progress was slow, but you kept with it and persisted.

I’m so grateful that you went on this journey with us to see this bill become law. While I hope we all celebrate this success, we know that there will be more work to be done in 2015. We look forward to walking beside you next year as we continue to advocate for those around the world who don’t have a voice.