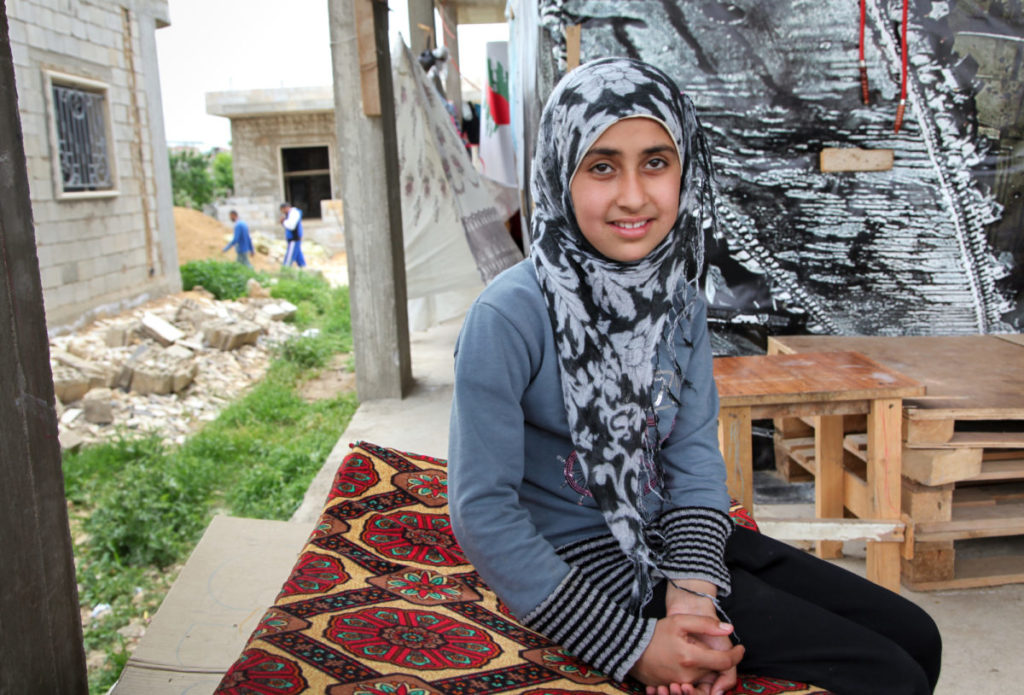 “I don’t have dreams here [in Lebanon]; all my dreams are in Syria. I wish to return to Syria, to my school, to my house, and I wish the war stops in Syria and we have peace again. I wish they [decision makers] would change my house here [in Lebanon] because I live in a tent and not a house; I wish there are no rats going into our tent.”
Nour; Age 11

Over the past few years, while working with World Vision in Lebanon, I’ve met many Syrian refugee children who have been traumatized by the violence of war, and the resulting hardships. There is one thing they all have in common: their look. But it is not just a look of fear; nor is it a look of need. It is a look of despair, especially in the girls. I talk to these girls and hear their stories of why they were forced to flee the conflict in Syria. None of them can tell me what their future will look like. But for many, I know in my heart that their future is bleak.

I think of my visit with a girl who had been married at 13 years old. She was sitting with her 19-year-old husband, holding their 3-day-old baby. Early marriage is not traditional in Syria, she said, but a “very negative coping mechanism.” Sadly, her story is typical of too many Syrian girls whose parents feel they have no choice but to marry off their daughter so there are fewer mouths to feed.

I worry for these teenagers who are having babies too soon and have so little access to quality healthcare. Often on their own, they could face long, complicated labors and births that might result in long-term disability, incontinence, or even death. And their babies also face health risks — prematurity and stillbirths are more common in younger mothers.

I’ve also met parents who send their children to work to help pay for basic needs like food and shelter. I think of their girls who must drop out of school to go work in the fields and forget about their education. Some have no protection from the rains or harsh sun and others must forage alongside cattle to gather rotten crops in the farmers’ fields. No child should ever be forced to work in dirty, dangerous, or degrading conditions that jeopardize their mental and physical health or their education.

What really disturbs me is that when girls start working and earning money at an early age, it’s very difficult to leave that work and go back to school later on. They feel grown up, they are earning their keep — and their education no longer matters. That’s why, almost five years into the crisis and with no end to the conflict in sight, education must become a priority. There are currently more Syrian school-aged children in Lebanon than Lebanese, and too many have been out of school for a few years now. What sort of generation is this creating?

Thankfully, my work with World Vision allows me to bring some hope to these children and their families. Through food vouchers, access to clean water, psychosocial support, and early childhood educational projects we do our best to help meet their basic needs. You can help children whose lives are caught up in turbulent, unpredictable environments by becoming a Refugee Responder.

Photo: Nour, age 11, fled the war in Syria to a camp in Bekaa, Lebanon. She was asked about her wishes and dreams around Syria and her own future. © 2013 World Vision/ photo by Patricia Mouamar