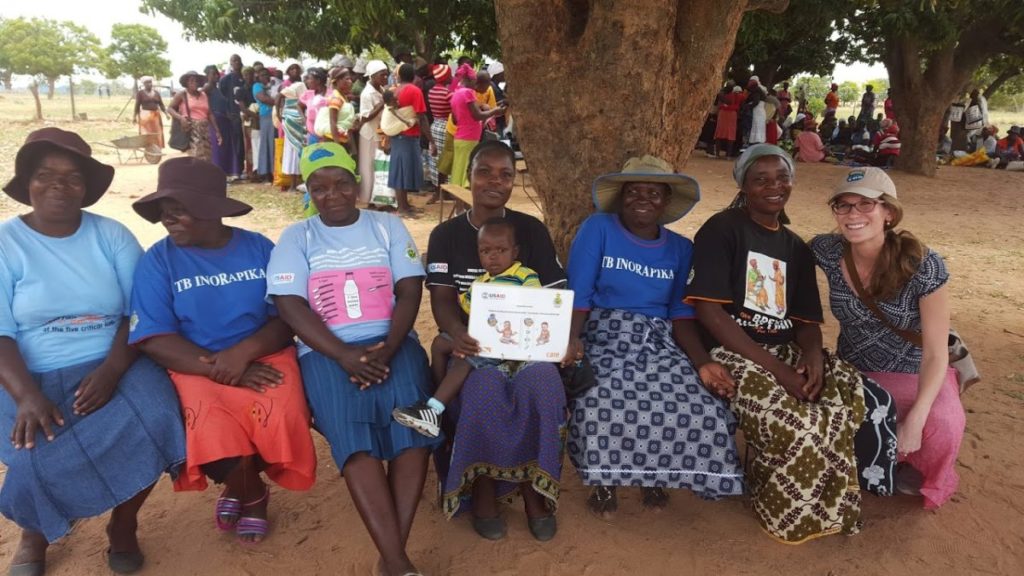 At the time of the briefing, El Niño (a naturally occurring weather phenomenon) was already showing indications of its strength and severity, and the panelists helped to raise the alarm about the potential food security needs in many countries throughout Africa, Asia, and Latin America.

Unfortunately, many of the projections made in February proved accurate, and as a result of the El Niño of 2015-2016, thousands of communities have been left even more vulnerable to food insecurity and other development challenges particularly in the southern African countries of Malawi, Zimbabwe, Mozambique, Madagascar, Lesotho, and Swaziland.

In March of this last year, I saw these challenges firsthand in Zimbabwe when I visited a World Vision food distribution site supported by USAID through its Food for Peace program.

As women waited in line for their food distribution, I interviewed some of them about El Niño, in particular how they were coping with the unpredictable weather patterns and reduced rainfall. Many of the families told me their crops were failing for the second and third seasons in a row and without food received from this program, they would be left with no other option than to send their children to bed hungry.  Aside from food insecurity, the impacts of El Niño have forced some boys and girls to leave school, as families can no longer afford the school fees. In more desperate situations, children are also being forced into early marriage or child labor – families often make unthinkable choices when resources are scarce.

However, in the midst of such significant need, a second narrative around El Niño is beginning to emerge, one that was highlighted at the briefing, and observed firsthand by me in Zimbabwe. It can be described in one word: Resilience.

Simply defined, resilience is the activities and projects that help communities and individuals recover quickly and rebuild stronger so that cataclysmic events do not amplify food insecurity or drive families or communities further into extreme poverty. It is a term that may sound a bit wonky and confusing, but it’s a rather simple idea and it starts with the women like the ones I recently met in Zimbabwe.

I visited communities where families are implementing new irrigation tools to help them adapt to droughts and the erratic weather patterns ushered in by El Niño. I saw how, stone by stone, members of one community built a 7-meter dam in order to catch the season’s first rains, then used these rains for irrigation.

While weather patterns and climate challenges are hard to predict, responses and adaptations need not be. By continuing to invest in effective, innovative, resilience programming, we can continue to empower communities and farmers. This can be done through advocating to elected officials and the U.S. government to continue to robustly support programs like the U.S. Food for Peace program, which I saw in Zimbabwe. Another option is to consider supporting World Vision’s agriculture development programs that provide drought-resistant seeds, tools, and climate-smart agriculture training to helping farmers adapt to changing environmental and weather conditions such as El Niño. Regardless of the action, when collectively pursued together, we continue to press forward on the road to zero hunger, regardless of the obstacles that stand in the way.

Photo: Beth Ann Saracco, Food Security and Livelihoods Policy Advisor, sits with women in Zimbabwe as people stand in line for their food distribution behind them. (Photo courtesy of Beth Ann Saracco.)