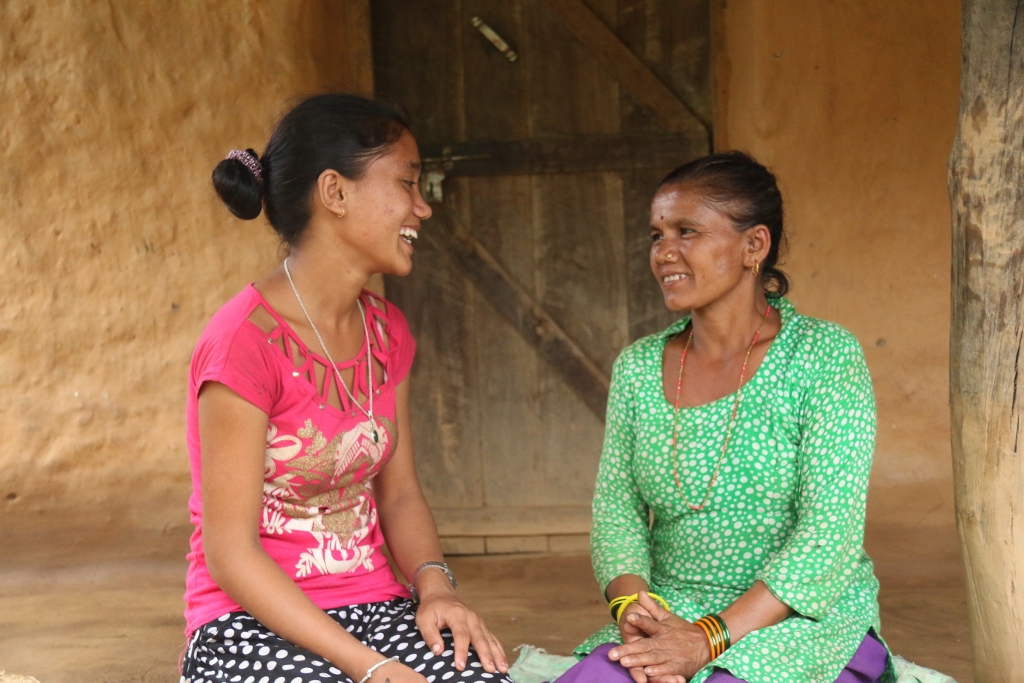 Globally, 11 percent of girls are married before they are 15. This often means that they drop out of school, don’t work, and are at greater risk of complications due to pregnancy and childbirth. But World Vision is working to stop this through local advocacy programs that educate communities about the harm early marriage causes and how to protect girls so that they have the best chance of living a full and healthy life. This not only benefits girls like Kajal, who you will meet in this story, but it strengthens communities too.

“In our village, we have a belief,” says Hem Kumari, 16. “The belief is that parents who can marry their daughters off before they experience menstruation will go to heaven.”

With a belief like this, it is no wonder girls in this village, situated in the eastern part of Udayapur, Nepal, are married by the time they turn 15. Hem, a fearless girl who has undoubtedly been through a lot, is one of the few to take a stand against this convention.

Two years ago, her cousin, Kajal’s marriage was arranged to a man from the neighboring village. At the time both Kajal and Hem were just 14.

Having attended orientations on child protection conducted by World Vision, Hem knew the ill effects of child marriage and that it was unacceptable and illegal. She told her family members that her cousin’s marriage should be stopped.

“Nobody will be able to stop this marriage,” her grandfather replied.

In spite of Hem’s protest, both families pressed on, but Kajal managed to slip out of the house three days before the wedding, and the groom was left without a bride on the wedding day.

Given the amount of time and preparation put in by the groom’s family, they were unwilling to return without a bride, so it was suggested that Kajal’s place should be filled by Hem’s elder sister, Dipa, who was 17 at the time.

Despite a lack of support from her family members and the community, Hem got the support of Village Child Protection and Promotion Committee members to prevent the marriage.

Now, just two years later her grandfather, Hom Bahadur says, “If a girl wants a future, there doesn’t seem to be a need for forced marriage. Let them get married when they want to.”

After joining the village’s child club last year, Hem continues to advocate for child protection in her community. She has recently been nominated as the president of that club consisting of 11 members.

Just recently the club organized street dramas in four different places revolving around birth registration and child marriage. The activities have been well-received by the local community, and people are more aware of the consequences of child marriage, allowing for real change to take place over time.

Hem has a strong desire to see her community change in terms of child protection. “When I grow up, I want to become a social worker who advocates for vulnerable children and promotes child protection,” she says.