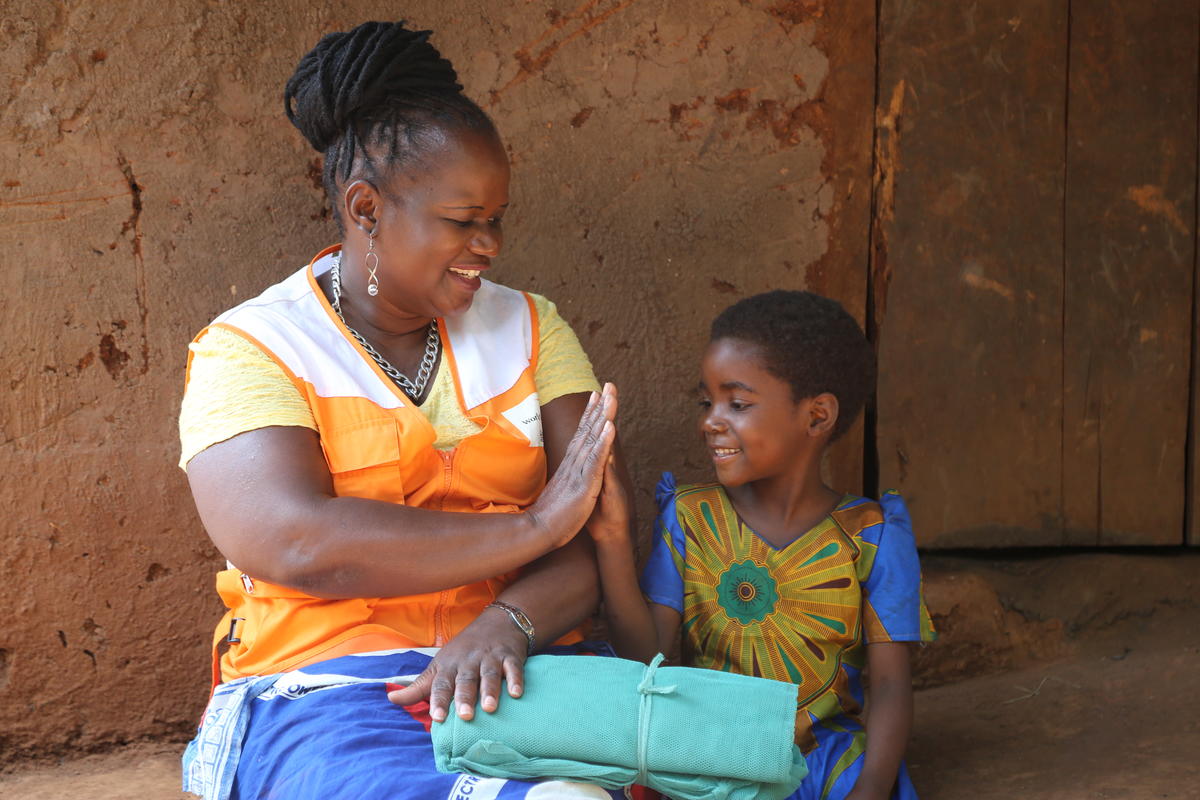 So far in 2019, World Vision Advocacy has asked you to contact Congress about three really important things: a letter that supports robust funding for maternal health programs; the Global Fund to Fight AIDS, Tuberculosis and Malaria; and a nutrition resolution that focuses on ending malnutrition for mothers and children.

What do these things have in common? They’re all about improving the health, nutrition, and well-being of children and families in extreme poverty. That means that each of them is a crucial part of ending extreme poverty in our lifetime! Read on to discover how — and to learn how you can help.

Since 1990, deaths of children under age 5 worldwide have been cut in half — and maternal deaths have decreased by nearly as much. It’s one of the greatest success stories in international development in the last 25 years. The progress has largely been achieved with proven, inexpensive interventions that address the leading causes of death, including diarrhea, pneumonia, malnutrition, and complications during pregnancy and birth.

However, despite this progress:

As people of faith, we can’t ignore the suffering caused by these often preventable illnesses. And as advocates for ending extreme poverty, we know these lost lives are also lost potential in their communities. So when we heard a group in the House of Representatives wrote a letter to ask for robust funding for the Maternal and Child Health Account, we asked you to make sure your representative’s name was on that letter. And it worked: 146 representatives signed on!

Take action: Will you thank the group of representatives who led the way?

The Global Fund to Fight AIDS, Tuberculosis and Malaria is a powerful tool for ending the epidemics of HIV/AIDS, tuberculosis (TB), and malaria worldwide. It combines resources from donor governments, the private sector, and private foundations to fund programs — often with partner organizations like World Vision! — that can have greater impact and lead to more lives saved.

A child dies every two minutes from malaria, nearly 1,000 adolescent girls and young women are infected with HIV every day, and a million children get sick with tuberculosis each year. Children are at the heart of these epidemics, and with the Global Fund, we have the ability to save their lives and stabilize their communities. The Global Fund needs to be replenished every three years — and 2019 is a year that countries are asked to recommit.

Take action: U.S. participation in the Global Fund catalyzes other donors. Will you ask Congress to continue the bipartisan U.S. leadership to help end these diseases?

Update: Good news! The bills reaffirming strong U.S. support for the Global Fund were passed in both the Senate and the House of Representatives on December 2 and December 3, respectively. Thank you for lifting your voices to fight AIDS, malaria, and tuberculosis and supporting the effort to save 16 million lives in the next three years.

Ending Malnutrition for Mothers and Children

The first 1,000 days of a child’s life — stretching from the start of a mother’s pregnancy until her child turns two — are critical to increasing their odds of survival, strengthening their immune system, and improving their ability to grow, learn, and live to their full potential. As a result, programs and funding that focus on the first years of a child’s life are among the best and most cost-effective investments that can be made to help achieve lasting progress in global health, economic prosperity, and development.

There’s a new resolution in the House of Representatives that supports accelerating progress on nutrition for mothers and children with an emphasis on the first 1,000 days of a child’s life. Every year, malnutrition accounts for half of all deaths of children ages 5 and younger. It’s time to change that.

Take action: Will you ask your representative to cosponsor this resolution?

Poverty can be both a cause and a consequence of poor health and nutrition. When a parent contracts a preventable disease or isn’t getting the food they need to stay healthy, their children are vulnerable: They might be malnourished themselves or miss out on school and the chance to stay healthy, seek opportunities, and flourish. It’s a terrible cycle, but investing in smart and compassionate health programs can make it stop.

In Isaiah, God tells us to seek justice and defend the oppressed. Let’s take up this cause and make sure that all of God’s children, no matter where they live, have the chance to thrive and be who God intended them to be. Click on any or all of the actions above (or below) to make a difference today!

Photo: Thanks to corroborated efforts by World Vision, the Malawi Government and the Global Fund, Ellena and her family are one piece of a bigger and happier story of triumph. She received three sets of soft, billowing, green mosquito nets, treated with an insecticide that will remain potent for a decade. ©World Vision 2019, Charles Kabena.