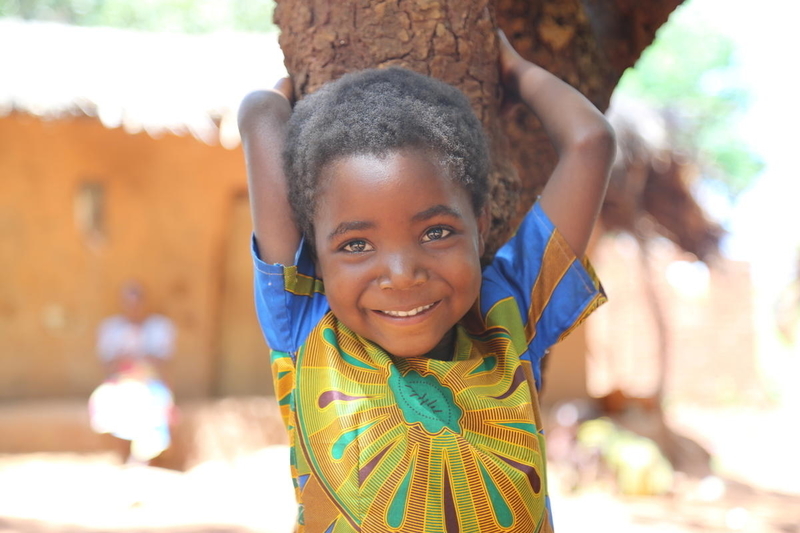 Story and photos by Charles Kabena.

Seven-year-old Thandizo will be starting school this September.

It’s a cause for celebration. Though young, Thandizo has had such consistent attacks of malaria that her mother worried she wouldn’t be as strong and healthy as she is now, and she may have not been able to go to school.

Malaria is a major cause of illness and death in Malawi, where Thandizo lives with her family of five, and staying healthy has been a constant struggle.

“We used to fall sick so often, it was nearly simultaneous: Someone was sick and before they got well, someone else was sick. It was never more than two months before someone had malaria, especially the children,” says Ellena, Thandizo’s mother. Ellena says that her youngest son had to be admitted to the hospital twice in 2018.

Malaria is hardest on children and the vulnerable

Malaria was eliminated in the U.S. nearly 70 years ago, but almost half the world’s population is still at risk. Each year, almost half a million people die from malaria, and in 2017, children under 5 accounted for 61 percent of those deaths. The disease is hardest on the poor because of lack of housing adequate to keep out mosquitoes, living near mosquito breeding grounds, and limited access to healthcare.

But this is a good news story.

For Thandizo’s family, the tide turned against malaria when the household was given three sets of soft, billowing, green mosquito nets treated with an insecticide that will remain effective for 10 years. The nets were made possible by the coordinated efforts of World Vision, the Malawi Government, and the Global Fund to Fight AIDS, Tuberculosis and Malaria.

How the world is working together to stop malaria

Chimwemwe Mizaya, a World Vision sponsorship coordinator in Malawi, was proud to deliver the nets to Thandizo’s family. “For me as a development worker, this means more,” Chimwemwe, says.

Even better, four months after delivering the nets, Chimwemwe learned that the family hadn’t had another malaria attack. Ellena even says that the mosquito nets will help them have a better yield from their garden since they’ll be able to dedicate more time to growing food and less time to being sick.

“Visiting children like Thandizo and learning that since we gave them nets, they are healthy and fine, gives us joy and encourages people like me to keep doing what we do for children,” Chimwemwe says.

Malaria is still present in 91 countries, but World Vision, the Global Fund, and local governments are working to eliminate malaria through education, prevention, treatment, and strengthening health systems. And there’s been incredible progress: Malaria death rates have dropped by 60 percent since the year 2000. Almost every year, more countries are certified as malaria-free.

It’s time to step up the fight

We can’t let progress stall when we’re so close to the finish line. Now is the time to finish the race against malaria, and your voice can help.

The U.S. has shown admirable leadership in supporting the Global Fund and can be proud of the impact it’s had on the lives of vulnerable children like Thandizo. This year, the Global Fund is up for replenishment, and we’re asking the U.S. government to continue helping save millions of lives, stabilize communities, and create a healthier world for all God’s children.

Let’s race toward a healthier world by asking Congress to prioritize the proven work of the Global Fund!

Update: Good news! The bills reaffirming strong U.S. support for the Global Fund were passed in both the Senate and the House of Representatives on December 2 and December 3, respectively. Thank you for lifting your voices to fight AIDS, malaria, and tuberculosis and supporting the effort to save 16 million lives in the next three years.

Want to stay informed about legislation that affects poverty?

Sign up to receive emails about issues affecting those in poverty and learn about easy actions you can take to advocate for the health and well-being of children around the world.