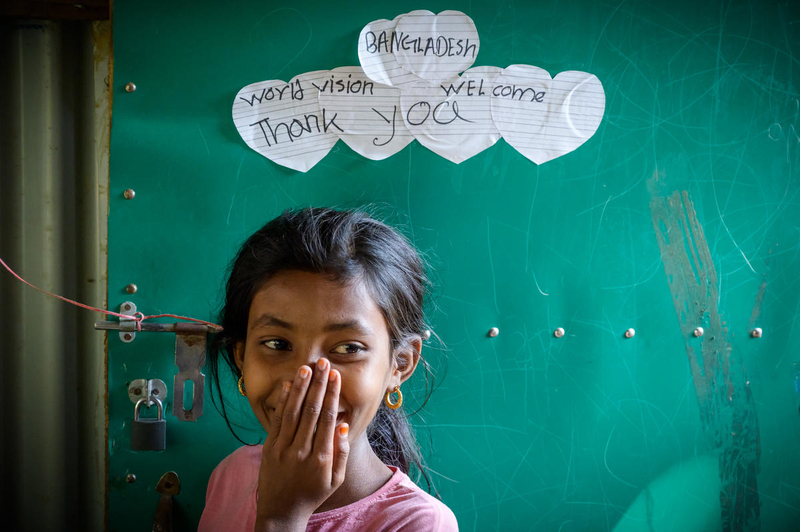 Hello — and goodbye — to June! What a month for advocacy!

Here’s a quick overview of how advocates spoke out for justice in June:

Thank you for faithfully raising your voice alongside children, people in poverty, refugees, and vulnerable people all over the world. God has called us to seek justice and defend the oppressed (Isaiah 1:17), but it’s not always easy. We take heart knowing that God hears the cries of his people (Psalm 34:17).

June 20 was World Refugee Day, and we were honored to lift our voices and our prayers with refugees around the world.

To effectively address the global refugee crisis, we must address the root causes of violence and fragility contributing to the crises. This is why we advocated for the Global Fragility Act, which would create a long-term, evidenced-based solution to address the factors that force people to flee their homes.

By the end of 2018, more than 70 million people around the world were forcibly displaced from their homes around the world. That’s a new record, and we want to address the problem at the root to create a safer world for everyone.

We have some good news to report: The House of Representatives passed its version of the primary bill that funds foreign assistance, and we like what we see.

Get full details on the House bill here. The budget process isn’t over, and there’s more work to do, but we are excited about this positive first step!

Justice for girls and children

The World Vision Volunteer Advocate Community has big goals for this summer: getting the Ending Violence Against Children Resolution and the Keeping Girls in School Act passed! In-person meetings are being scheduled all over the country, and amazing advocate Sung-Ae Lim has already met with her state senator’s office in Georgia to talk about the Keeping Girls in School Act. Starting off strong!

New reports of unacceptable conditions for migrant children at the U.S. border prompted redoubled action from many organizations, including World Vision. World Vision advocates sent over 500 emails asking Congress to find a bipartisan solution to improve the conditions for children and families at the border. On June 27, both houses of Congress passed a bill approving $4.6 billion to care for migrant refugees detained at the U.S.–Mexico border. Thank you for raising your voices so quickly on this issue!

The acute crisis at the border highlights another issue we have been talking about for a long time now: violence and lack of opportunity in Central America. We know that foreign assistance funded programs that partner with communities to create new economic opportunities and reduce violence help to decrease rates unsafe migration. When people can thrive at home, there is less motivation to risk the dangers of leaving.

That’s why advocates went to work after announcements in March that all foreign assistance funding to Central America would be cut. After months waiting to hear, the State Department announced that some, but not all, of this funding would be cut. Learn the full details of the status of funding for Central America.

While we would have preferred to see zero cuts to programs that help kids and families, we are grateful for the advocacy of citizens and members of Congress that helped protect hundreds of millions of dollars in funding. Take action to protect funding to Central America in 2020.

Our constant prayer is that the Holy Spirit, our advocate, would guide our efforts and encourage us to be brave in lifting our voices. Thank you for working with World Vision and with advocates worldwide to speak up for the laws, policies, and practices that put children’s safety and well-being first. Let us not grow wearing in doing good!

We’re looking forward to seeing what God has in store for us in July!

Interested in joining the World Vision Volunteer Advocate Community? Sign up below and we’ll reach out with more information