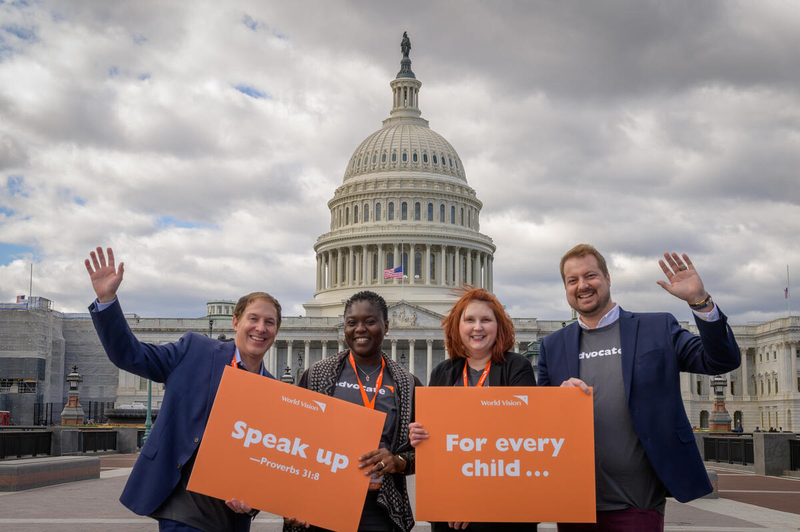 “The king’s heart is in the hand of the Lord, like the rivers of water;
He turns it wherever He wishes.”
Proverbs 21:1

Working in advocacy, I tend to think of this verse often, whether I’m headed into an important meeting on the Hill, speaking with volunteers, or drafting legislation. It’s always been a comfort to me to know that God is in full control and can influence our leaders according to His will.  As with so much of scripture, I have found this verse to be encouraging in a wide array of situations; the recent election being another prime example. No matter your political leanings, it’s critical to remember that the Lord is in complete control.

I realize that at times this can sound cliché, and I recognize that despite God’s sovereign power, the end of this election has not ended all anxiety regarding the future of our country. But I find the imagery of Proverbs 21:1 to be a helpful metaphor for the Lord’s authority over even the most powerful of leaders on earth.

It’s also a reminder God’s influence in our daily lives. No matter how powerful, capable, influential, or charismatic, leaders earnestly trying to move the country forward will make some good decisions and some bad. They cannot create a utopia on earth and even their poor decisions are often reversible. However, I also believe that elections have real consequences for the future of our society, and more specifically, World Vision’s work in supporting vulnerable children around the world.

That is why it remains imperative that we continue to advocate and lift children’s voices, regardless of who sits in the Oval Office or in Congress. World Vision’s aim remains the same – life in all its fullness (John 10:10) for the world’s children. And because the hearts of our leaders rest in the hands of God, we continue to pray for all of our leaders regardless of their party affiliation and encourage you to do the same.

But you can do even more than pray. Working in public policy advocacy, I am a firm believer in the need for people of faith to be fully engaged in the political process by voting and advocating for issues near to their hearts.  It’s crucial that we do what we can to influence policy for the benefit of the world’s most vulnerable children. In doing so, we can seek first the Kingdom of God as it says in Matthew 6:33: “But seek first his kingdom and his righteousness, and all these things will be given to you as well.”  This verse is World Vision’s theme verse for this year, guiding us in our work and setting our priorities for the future. In this way our reaction to the election, no matter who we voted for remains the same: to seek first the Kingdom of God. In the end, the leadership of our country is in His hands.

Looking to the future

As we look to the future, I want to encourage you to remain active in the political process and continue to make your voice heard. You can do that by joining with us in amplifying the voices of the most vulnerable children around the world. Regardless of who is in the White House, or which political party controls Congress, World Vision and our advocacy staff will continue to work on behalf of those children.

This is a lofty, but worthy, goal and we need your help! Make your voice heard by building relationships with your congressional representative and senators. Constituent engagement is one of the best ways to influence these leaders and let them know that you care deeply about vulnerable children and the United States’ ability to help them.