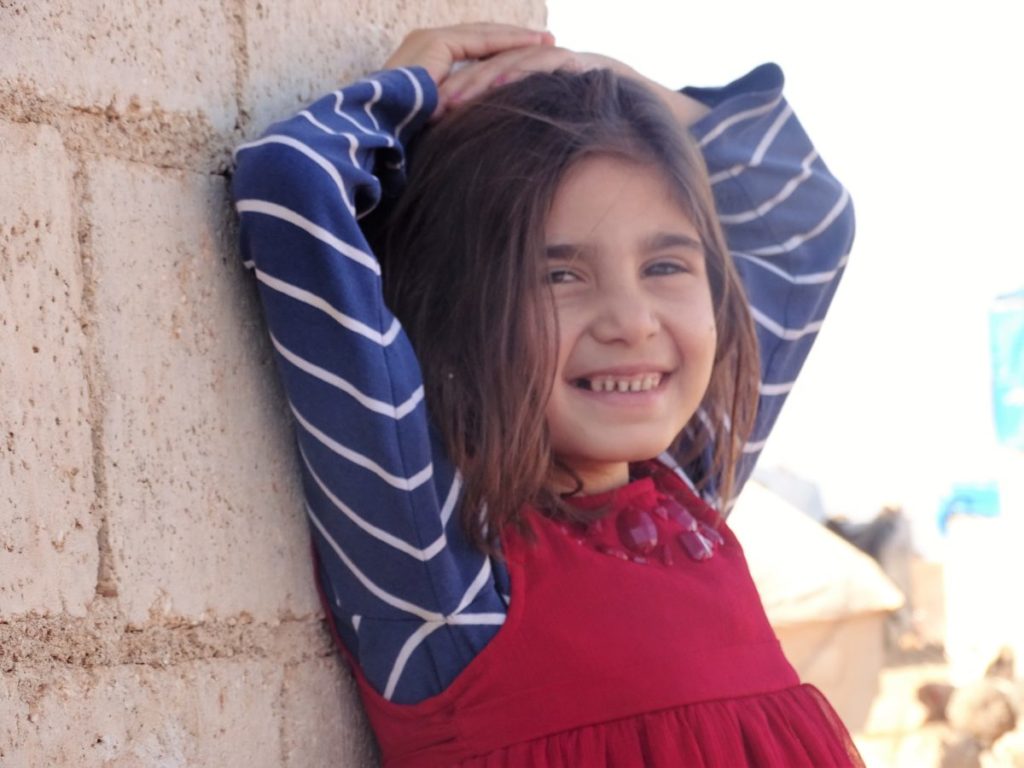 This week headlines filled with news of a deadly chemical attack in Northern Syria. Many media outlets named it the “worst chemical event in years” and it was labeled “reprehensible” and “atrocious.”

The problem is that these labels make the tragedy seem unusual. The truth is that every day lives are lost in Syria — in schools, in homes, and in hospitals. The war in Syria is now in its 7th year and 13.5 million people within the country are in need of humanitarian assistance. An additional 5 million have been forced to flee as refugees.

Last month, Christine Latif who serves as World Vision’s Response Manager for Turkey and Northern Syria visited Washington, D.C. to speak to Congress about the Syria crisis. She is based in Gaziantep, Turkey. Previously, Chris worked at World Vision in Lebanon where she focused on supporting the development and management of field programs for vulnerable groups, including Syrian, Palestinian, and Iraqi refugees, as well as Lebanese communities.

During Chris’ visit here, we took the opportunity to ask her some questions.

Q: If there is one story to illustrate the situation in Syria that you would want to share with people, what would it be?
A: During the crisis of Aleppo city before Christmas, we interviewed two young children who’d managed to reach one of the evacuation centers that we were supporting with our partners. These little kids were talking about losing their father in horrible circumstances and Seeing their mother killed by a missile along with the absolutely terrifying situation that surrounded their escape. Although their story was so upsetting, this wasn’t what haunted me. These children described their experience as if it was a story or a movie — they were so clearly numb to the things that had happened around them, they didn’t act or sound like the little kids that they are. I just kept thinking of my nephews who are around the same age and the energy and cheekiness that they exude with every word — that was taken from these children. For me, it was a reminder of the ongoing horror surrounding children in Syria and how many of them have grown up knowing nothing but conflict and misery.

Q: What do you see as the biggest need for refugees who have fled their homes in Syria?
A: Sadly, many people leaving their homes in Syria now aren’t running for the first time. Many families have had to move four or five times, some families even more. Each time they are leaving with a little bit less than they had before. Sometimes with just the clothes on their back. So they need everything — somewhere to live safely, food to eat, access to clean water and sanitation. Many have injuries or chronic diseases that need medical attention. Almost all are carrying some sort of psychological distress that requires attention. We do our best to help families meet their immediate needs. If I could have my wish, we’d be able to help them earn an income so that they can meet their own needs with independence and dignity, but it seems that is near impossible in the ongoing conflict in Syria.

Editor’s note: Many Syrian people are not able to work due to a lack of opportunity due to the war or injuries, or the inability to obtain a work visa in countries they have fled to.

Q: What would you like people in the United States to know about people who are impacted by the war and refugees?
A: This is a question that I am asked all over the world and my answer is the same — first up, we need to be advocates for the people of Syria. We need to talk about what’s going on and show that we haven’t forgotten them. A lot of people aren’t aware of the situation for civilians caught up in the Syria conflict or have poorly informed opinions. You should feel empowered to speak about what you know and encourage people to learn more about what’s happening in Syria. The conflict is complex, but we don’t need to be experts to understand that many civilians, mostly women and children, have been caught up in this, and 500,000 civilians have lost their lives.

Show your support for the people of Syria in any way you can — discussions, social media, anything! There are so many other ways to help. Of course, we would welcome people to support the work of World Vision and other agencies working in Syria. However, we would also ask you to speak up in support of the funding sent by the U.S. Government to support agencies like World Vision working in Syria and neighboring countries like Jordan, Lebanon, and Turkey to help Syrian communities. Write to your congressman/woman, start or sign a petition — show that this is important to you. Finally, support efforts to resettle Syrian refugees. These families have suffered through a long and difficult journey to reach their dream of building a new life somewhere free of conflict, where their children can grow up in safety, attend school, and have a better future. Be part of making that dream happen, don’t shatter it.

Q: As the war has entered its seventh year, what do you foresee?
A: If we don’t continue to take action and call for accountability for ending the conflict in Syria and the protection of Syrians inside Syria as well as for Syrian refugees, I fear that the lives of 18.6 million Syrians inside Syria and nearly 5 million Syrians seeking refuge in neighboring countries will become more and more horrific. They will go without the things we take for granted — shelter, food, water, health, and education. They will continue to desperately seek any sort of escape from this misery, and many will try to leave Syria illegally, putting their lives at risk. However, I continue to maintain hope that those in power can be compelled to take action and drive a peaceful resolution to the conflict. That they will seek to end this misery and support Syrians to rebuild their country and their lives. We know that it won’t be easy, but it is possible. And we can’t just give up because it’s “too hard.”

Q: Is there anything else you would like to share?
A: The situation in Syria is daunting. However, agencies like World Vision are making a difference and having a positive impact on people’s lives. To do this, we rely on the support of the public and government, in countries like the USA.

U.S. foreign assistance and humanitarian accounts that help refugees who have been forced to flee countries affected by war, including Syria, are at risk of being cut or eliminated. These accounts provide funding for child protection, education, food programs, and other forms of aid.

Contact your members of Congress and ask that they protect foreign assistance programs!

Photo: This little girl’s smile in the Al Zafr camp in Idleb, Northern Syria was enough to reward the effort of the team and to give them the motivation they need to keep delivering services. Her and her family are fully dependent on humanitarian aid after being forced to flee their home due to the war. © 2017 World Vision